OKWe use cookies to ensure the most comfortable operation and functionality for you. If you continue without changing your settings, we assume that you agree to receive all cookies from our website. You can change these settings at any time. Further information 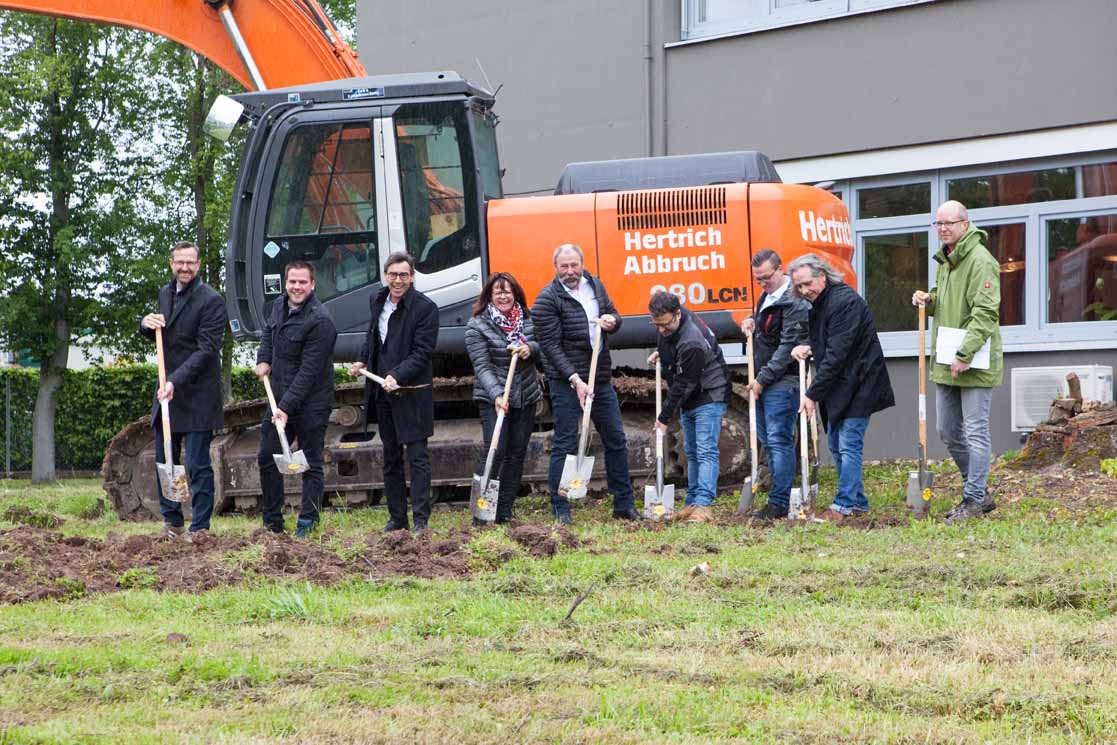 Attendees (from left to right) at the first cut of the spade ceremony:

After an extensive planning phase, the precision tool manufacturer heimatec has given the green light to the construction of an additional production hall at its headquarters in Renchen with the symbolic first cut of the spade. In the construction as well as the creation of highly modern manufacturing facilities around 8 million Euros has been invested.

When heimatec bought office and production facilities in 2005 with a total of 4,000m2 and a surface area of 26,000m² in Carl-Benz-Strasse in Renchen’s industrial zone, the expansion reserve was almost entirely used up. Due to the continually favorable order books of the last few years, the limited manufacturing capacity was increasingly a brake on growth and therefore an expansion in production became inevitable.

The symbolic cut of the spade ceremony was followed by the start of construction of an additional hall with a total of 2,500 square meters. The total amount of investment by heimatec, an owner-managed company, includes around 8 million Euros. Mayor Bernd Siefermann acclaimed the future project by the Krieger family as “a stroke of luck that puts Renchen on the map” and also expressed his joy that even more qualified jobs would be created at the site.

Martin Krieger, the proprietor of heimatec GmbH, emphasized that the expansion in production facilities was urgently needed, in order to meet contracts as quickly as possible. Additionally, the company’s family succession is also being settled, which gave the decision-making for this forward-looking plan further impetus. From investing in new technology, not only is manufacturing rationalized, but also the pool of qualified and skilled workers at the Renchen headquarters is expanded, according to Martin Krieger.